Why it’s important to have a school in the hospital

Every year, approximately 70.000 people are diagnosed with cancer, and over 500 of them are children. More than 60% of children and teens afflicted with cancer are hospitalized in Bucharest in one of the two specialised units: The Prof. Dr. Al. Trestioreanu Oncology Institute and the Fundeni Clinical Institute.

These children and youths are forced to temporarily or permanently leave school, as a consequence of the specific treatment or relapse of the disease. Most of the time, they want to learn, read, take part in classes, think about a profession they could take on in the future.

For them, the P.A.V.E.L. Association launched the “Hospital school” project in 2012, which implied resuming studies while in the hospital, with the help of specialized teaching staff. “Hospital school” commenced at the Fundeni Clinical Institute and Bucharest Oncology Institute and it was aimed at children and teens with different forms of cancer, blood diseases or serious anaemias.

From the start of 2014 “Hospital School” continued in the two medical institutions thanks to the financing received from the Vodafone Romania Foundation, through the “Fund for Good Deeds” financing line, launched in July-August 2013.

We have spoken with the project coordinator, Mihai Benchea, who revealed how school activity unfolds in such a particular situation: while the child is fighting cancer. 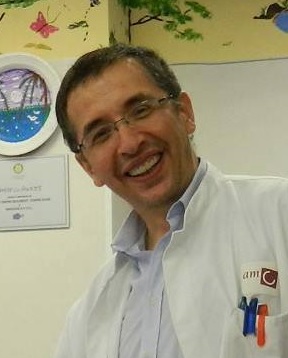 How did the idea of starting a school in the hospital come about?

Children get informal education in hospitals, through games, a type of education which we’ve been running ourselves for many years, since its founding, in 1996. During those years, the child would spend a large amount of time in the hospital, waiting his turn for medicine or investigations. Not much was done about his free time.

The PAVEL Association got involved from the start in fitting hospitals with various equipment and furniture, after which they set up the first hospital play-room in Romania, in the Gomoiu hospital. In 2010 the idea of starting a coherent formal education project was born. Children enrolled in public school can miss up to five months of classes, and we support them in studying for the subjects in the curriculum and return prepared in the mass educational system.

In Romania there is no formal school system in hospitals. Education law mentions hospitalized children, which can form classes of up to 10 students, but a teacher delegated by the Inspectorate has to come down, on the basis of a request signed by the hospital management, along with the parents. Practically, there is nothing to be done in this regard.

In 2011 we have obtained financing and implemented a pilot hospital school project. From 2011 until 2014, after three years of concrete experience, we can see that education in hospitals means the evaluation of each child’s needs, namely an individualized education plan. We prepare the curriculum with the child’s family, according to his physical and intellectual capabilities. 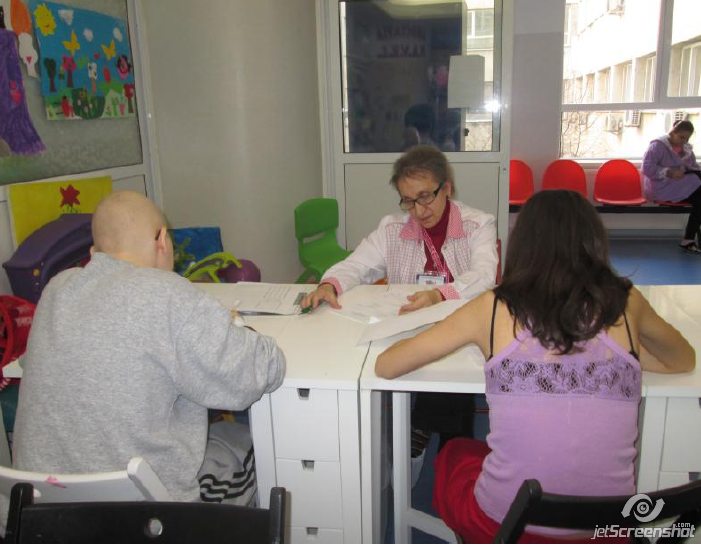 And who is the staff which provides the classes and courses?

We have a team of seven people, out of which five are paid through the Vodafone Romania Foundation. All

teachers have a psychopedagogy background and experience in this line of work. I am in charge of social sciences – history, geography, philosophy, religion. We have an educational psychologist who is licenced in physics and deals with physics, chemistry and school counselling. There is also a math teacher, who teaches maths and informatics, but he also has entrepreneurial and financial education modules, which are taught in high school.

We also have an elementary school teacher, who takes on children from classes 0 through 4th and a French teacher, who teaches French and Romanian. We cover all basic subjects, from class 0 up to the 12th, and we also put together literacy or semi-literacy teaching programs, because we also have children who can’t read, but they can only be integrated in second chance systems (ed.  – Projects aimed at increasing the number of students kept and reintegrated in the educational system, in institutions confronting themselves with the premature departure from school phenomenon. More details).

We are however talking about cancer-afflicted children, who don’t have the same disposition and appetite for study as children not dealing with health problems. How are you handling this issue?

We are here everyday and we know when a child is in the best mood for studying. Unfortunately, the child has unpleasant adverse effects to the first chemo sessions, such as nausea or dizziness. During the first two or three days of treatment the patients are difficult to work with.

When we can, with them as well as with the other children, we do reading or conversation lessons. We adapt ourselves perfectly to the target group: if the pupil is on an IV, we do mostly individual classes based on conversation. We try to employ instruments which don’t require using pens as often as we can. We also refer to multiple choice tests. A lesson can mean a free discussion or a structured one on a given subject. 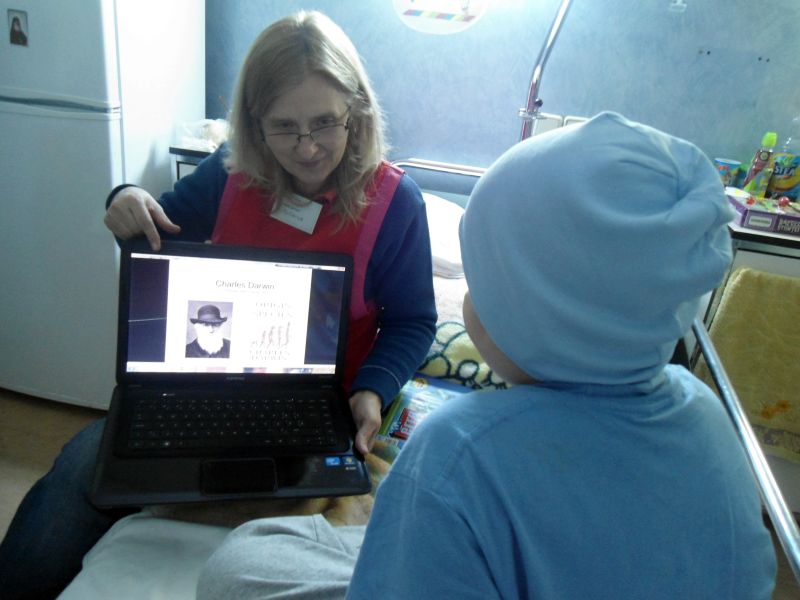 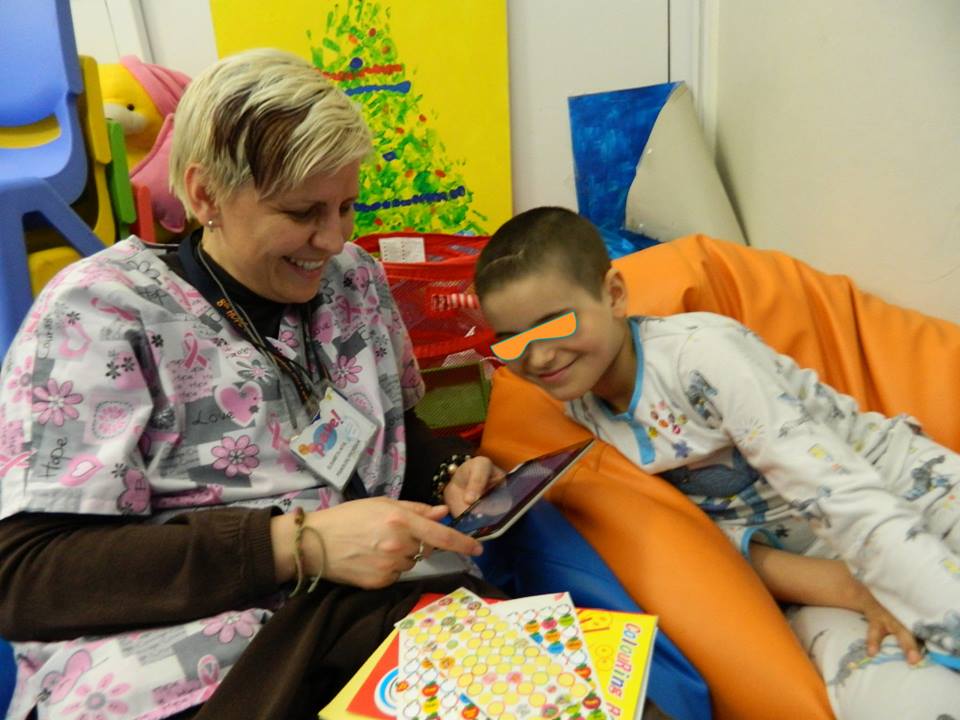 And what attitude do children have towards the disease and the study process?

Paradoxically, we come across more difficulties with the parents. Some of them say “What good will school do him, when I’m not even sure he’s going to live?”. Our answer is that the little one can be cured, since there are so many cases where cancer is defeated. Unfortunately, there are also children who managed to fight off cancer and are kept at home and out of school. We also have a lot of work to do with the parents. We encounter this kind of attitude mostly among the lower social class.

Which subjects do children in hospitals prefer?

We have children who favour either exact or social sciences, but that doesn’t matter all that much. What’s important is that we focus all our effort toward what the child wants; we build a personalized plan with his parents, according to his needs.

What are the children’s most unusual requests?

We had a Hungarian child from Sfântul Gheorghe, who was learning Hungarian at school. He had an auto shop nearby and his dream was to become a mechanic. On his first day in the hospital he wanted to learn what a car was made of, so we took the parts one by one. He was very happy and he did some additional research on the Internet. After a week he wanted to learn about drivers and driving license categories.

Another case was that of a child who wanted to learn about the Illuminati. He is a very bright boy; he is in the 9th grade and he is home-schooled.

What needs to be kept in mind is the fact that 90% of these children take an interest in getting an education in the hospital, and our success largely depends on the parents’ help as well. 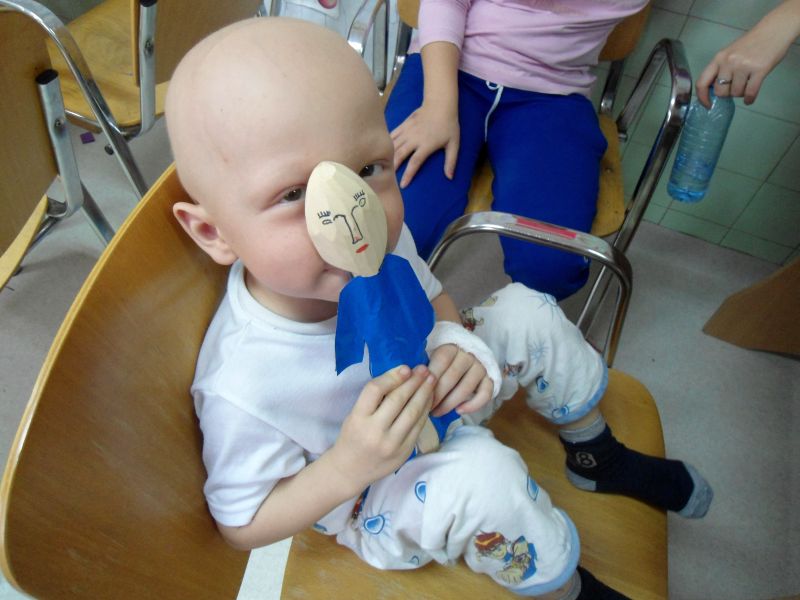 What hardships do you face?

It’s difficult to organise classes when therapy sessions overlap with the educational activity. On the other hand, it’s hard to not have a library and proper classrooms, for children who can get out of bed and move around.

How many children are there enrolled in the hospital school?

In April we have worked with 101 children. We do at least 10 hours per week with a child who spends a month in the hospital. We’ve done 16 hours too, but it all depends on the child. In March we had a record number of children, 165. At that time tests were given out and the grade situation was being settled. 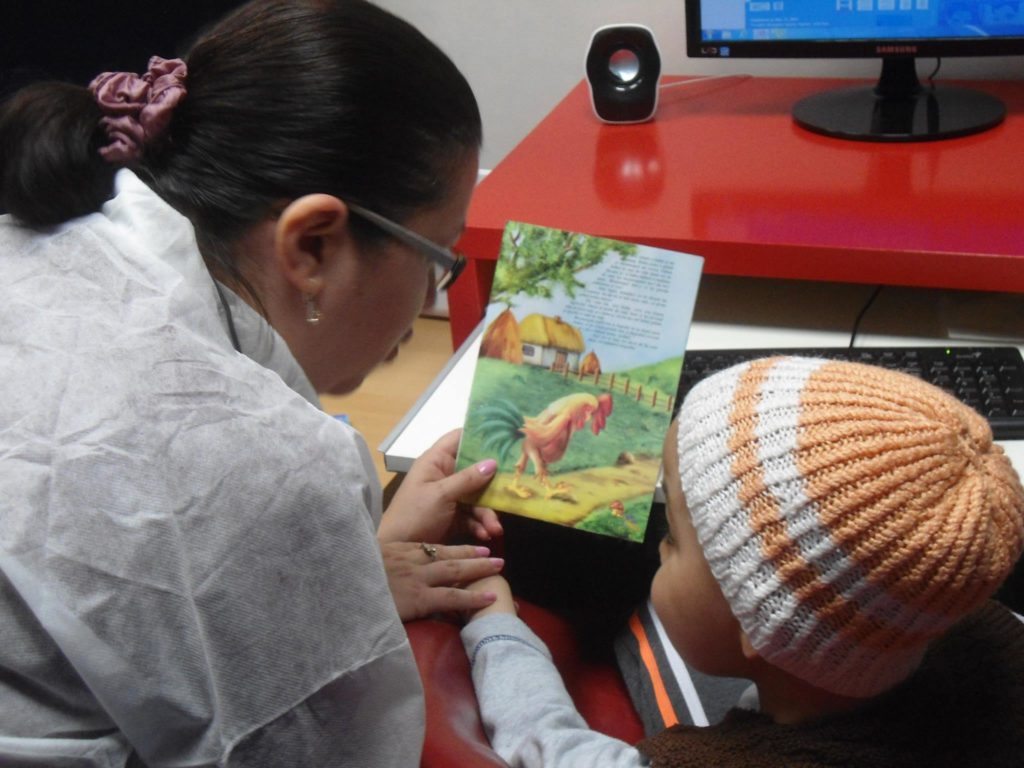 The Vodafone Romnia Foundation has invested over 15 million euro during its over 16 years of activity, in over 700 social programs. The Foundation has helped no less than 5.300 people last year, in the context of 68 projects. Details.

PrevArticolul precedentWorld of difference at the end of its 4th edition. What’s next?
Articolul următorCondelina Kilikidis: Orphans are the project of my lifeNext