Bucharest, April 17, 2019 – The modernization project of the 41 blood transfusion centers in the country, carried out under the program „A chance for life” through the partnership between the Vodafone Romania Foundation and the REACT Association, has come to an end. Activities of the project included the renovation of the spaces that make up the donor’s route in the centers and endowment with modern medical equipment, chairs or new furniture, according to the needs of each unit. In total, the investment of the Vodafone Romania Foundation in the modernization of the 41 units amounted to EUR 1 million.

More than 400,000 people have donated blood following the renovation and endowment with medical equipment of the centers in the country through the national program „A chance for life”, managing to save more than 830,000 lives.

„The renovation and endowment with medical equipment of all transfusion centers in the country was one of our investment priorities healthcare. We are happy to celebrate the ending of the project and see how our investment translates into increasing numbers of life-saving donors, especially those who donate blood regularly. Health is one of the four strategic pillars of the Vodafone Romania Foundation’s activity, along with education, social services and volunteering. Every successful project means for us saved lives, improved access to health services and the joy we bring to people across the country, especially to those from disadvantaged communities”, said Angela Galeta, Director of the Vodafone Romania Foundation.

The „A Chance for Life” program started in 2008 with a series of annual information and education actions on the importance of voluntary and regular blood donation, continuing with several mobile blood donation campaigns. In 2014, realizing the need of ensuring proper conditions for blood donation in order to encourage potential donors, the program was extended by adding the component focused on the refurbishment and endowment of the blood transfusion centers. The Blood Transfusion Center Bucharest, the largest of its kind in Romania, was the first to benefit from this program during 2014 – 2015. Additional seven centers in the country entered the program in 2015, followed by ten centers in 2016 and 23 centers by 2018.

As a result of the program, blood transfusion centers in Romania recorded a decrease in the national average age of donors for the first time after 1989. At present, 30% of the donated blood comes from loyal young donors.

The React Association is a non-governmental organization that significantly participates in the development of the four pillars of any prosperous community: health, education, social economy and community development. The projects implemented by the Association are bringing major changes for the better in people’s lives, thanks to tailored interventions and active involvement. During its eleven years of existence, almost 1 million Romanians have benefited, directly or indirectly, from the activities run by the React Association. The positive impact of its projects is acknowledged by the 18 national and international prizes of excellence it has been awarded so far, which places the Association among the non-governmental organizations in Romania, winners of the largest number of prizes. 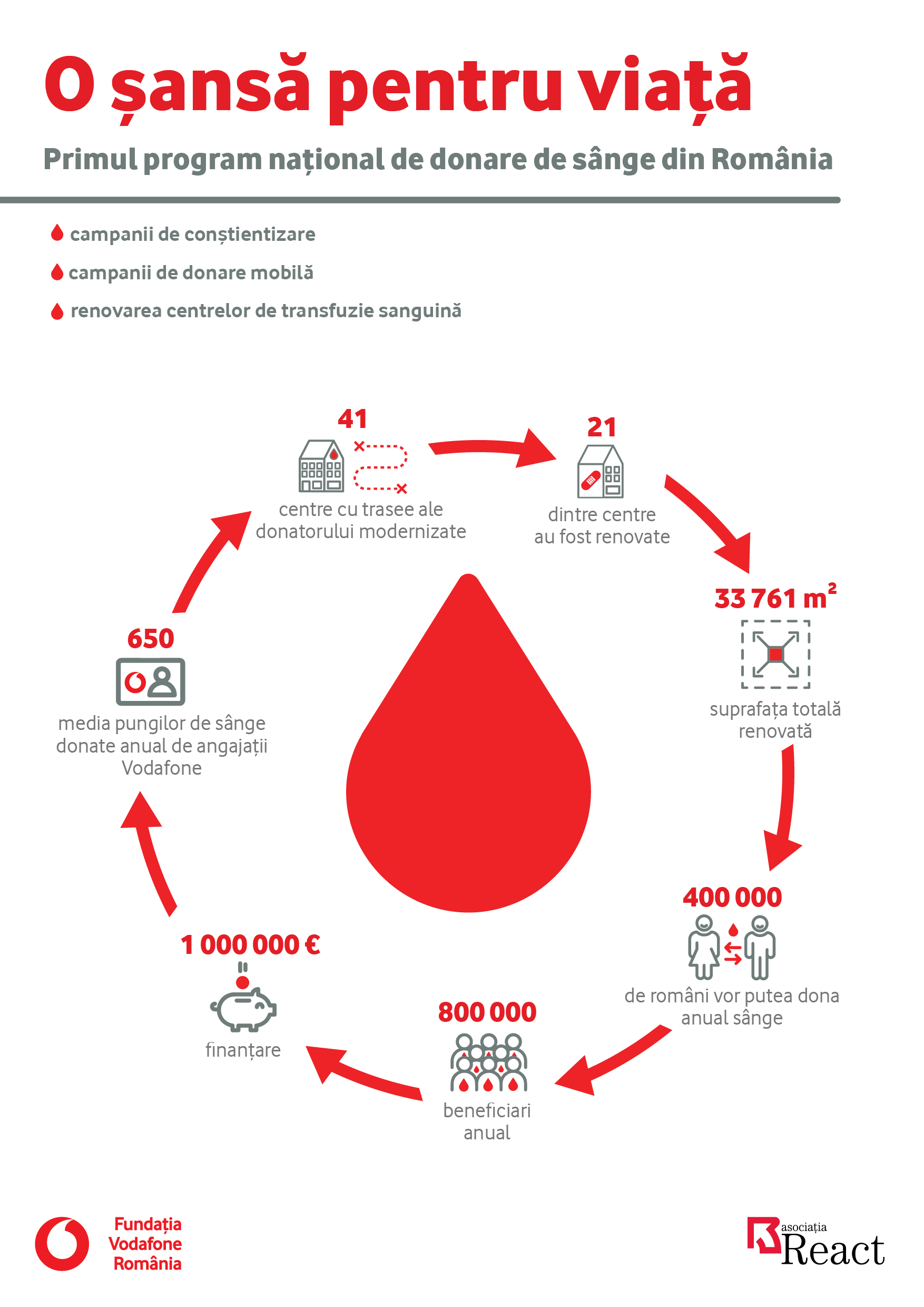