The Vodafone Romania Foundation helped 5.300 people in 2013 Skip to content

Angela Galeţa is the director of the Vodafone Romania Foundation, position which she took up in December 2012. She has over 18 years of experience in the non-governmental organizations field, and for the last eight years she has worked for Vodafone Romania.

The Vodafone  Romania Foundation is one of the largest in our country, and Angela Galeţa has imparted to us how this organization’s budget is calculated, what last year’s audit was, what the desired strategy for 2014 will be and on what domains will the Foundation continue to focus its efforts.

“2013 was a full year, because we had many projects. First of all, we finalized and inaugurated the New Intensive Care Unit for Newborns within the Marie Curie hospital, project in which the Vodafone  Romania Foundation has invested 1,4 million euros, its biggest contribution so far, since its founding”, says the Vodafone Foundation official.

A few important figures we found from Angela Galeţa:

– The Vodafone Romania Foundation has a 2,5 million euros budget for the 2013-2014 fiscal year, which ends this year on the 31st of March;

– Over 700 Vodafone Romania employees donate various amounts in the Foundation’s account, every month;

– Approximately 1,000 Vodafone Romania employees annually perform volunteer work for the projects taken upon by the Foundation;

“It was an opportunity for those organizations. Through this financing round we were hoping to reach as much of the country as possible, at a national level, and as many small organizations as we could. Unfortunately, many of these organizations didn’t have the courage to apply. Nevertheless, within a month we received 384 applications. Out of those, 222 were eligible, so that in the end there were 10 projects chosen for the following 12 months, worth 310,000 euros”, said Angela Galeţa.

In 2014, the Vodafone Romania Foundation will organize at least one other new “call for proposals” type financing program. 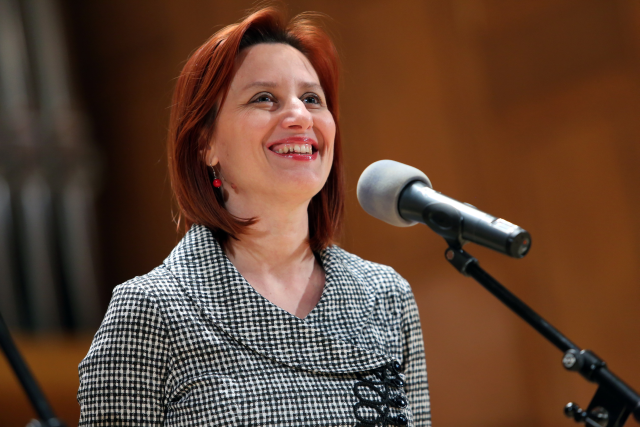 How the Vodafone Romania Foundation budget is calculated

“How does the Vodafone Romania Foundation decide in which domains they will invest?” I asked, taking into account the fact that the organization helped 5,300 people last year.

“At the beginning of every year, I present to the Board of Directors our strategy for the following year. When talking about strategy, the first things that come to mind are the fields in which we are involved, not necessarily the specific projects. Once every five years, the Vodafone Romania Foundation uses internal and external market studies in order to asses show the launched projects were perceived and in what areas people want us to get involved from that point onward.

For over 9 years, the fields of interest – those that require help and for which the community expects us to intervene and finance projects – have been education and health, and the volunteering domain is increasingly sought after. The last study we have conducted was two years ago”, Angela Galeţa declared.

How the projects in which the Foundation invests are chosen

The Vodafone Romania Foundation’s Board of Directors gets together at least once every three months, and during every meeting they discuss the status of the projects financed by the Foundation, their progress, the gained results. They also approve new projects to be financed, depending on the time of year, Angela Galeţa told us.

Last year, for instance, after the public announcement the Foundation made for the open financing round, applications were received throughout a month. They were selected by Angela Galeţa and Georgiana Iliescu, project manager in the Foundation. The eligible projects were forwarded to the evaluation committee, comprised of the Board of Directors and the Foundation’s team.

“Every project was reviewed by five people, who graded them individually and confidentially, using an electronic system. Finally, the system averaged the results and the winning projects were elected, in a completely transparent and objective manner”, Angela Galeţa elaborated.

All projects proposed to the Vodafone Romania Foundation undergo the same selection and approval procedure within the Foundation’s Board of Directors.

I asked Angela Galeţa whether this year the Vodafone Romania Foundation would launch a project the size of that from the Marie Curie hospital.

“We want a strategic project and we are searching for it. How we will choose it I can’t say at the moment, but it will definitely be about education or health”, she said.

“It will probably be a project developed in collaboration with one of the partners already working with us.”

We launched the New Unit at Marie Curie

The Vodafone Romania Foundation partnered up with the Inima Copiilor Association for the launch of a new intensive care unit for newborns at the Marie Curie hospital in Bucharest. The Foundation’s contribution was of 1,4 million euros, amount which included the telemedicine solution Vodafone Romania came up with, worth 150,000 euros.

We built houses in partnership with the Diaconia International Help Association. The Vodafone Romania Foundation built 4 houses for underprivileged people.

“We will have a round of building houses this year as well. Our colleagues want to do volunteer work and this is where the company’s support is most evident. Every employee is entitled to two days per year of volunteer work within the Foundation’s projects. We have around 1,000 volunteering company employees a year. There are others who, after they cover their two official volunteering days provided by the company, come in on their spare time. They take days off from their job to do volunteer work. Every time you send out an internal group e-mail saying you need 10 volunteers, 50 sign up, if you need 300, 400 sign up”, says Angela Galeţa.

We supported the Real Madrid Football School. “Along with  Fundaţia pentru Dezvoltarea Popoarelor we are working on the Real Madrid Football school, an international project, in which  the Foundation of the Real Madrid football team is also involved. This project is for children from very poor and disorganized families. We help children with no chance of progressing get into sports, leave the house and have something else to do. They get an education, training from a professional coach and they’re even offered a snack during trainings.

“We are involved in many projects with the Motivation Foundation, they are one of our oldest partners”, says Angela Galeţa. “A project very dear to us is the one for distributing wheelchairs across the entire country. They select the disadvantaged beneficiaries who require such a chair, whether it’s a child or an adult. The Foundation helps these people receive the chair they need, which can cost up to 1,800 lei. The Motivation Foundation helps them obtain the (small) amount from the Health Insurance Fund, the rest of the money being provided by the Vodafone Foundation”, affirms the Vodafone  Romania Foundation director.

Yet again in partnership with the Motivation Foundation, the Vodafone Romania Foundation laid the groundwork on an occupational center for children with various disabilities, which the Foundation is currently maintaining. “The people from Motivation have a greenhouse where children work and a shop where they make “mărţisoare” (typical Romanian spring trinkets), jewelry, painted boxes and so on. All of these are sold for charity and even Vodafone employees buy from them”, says Angela Galeţa.

“Along with the Chance for Life Association we have developed the Vodafone Scholarship project in Bucharest and Sulina. Due to this project, children with extraordinary potential, coming from disorganized or poor families, are helped out by means of a day center, coordinated by specialized teachers, to improve their school results. At school, no child has an average score below 9.90. They enter for contests and competitions, and they are amazing”, says Angela Galeţa proudly. 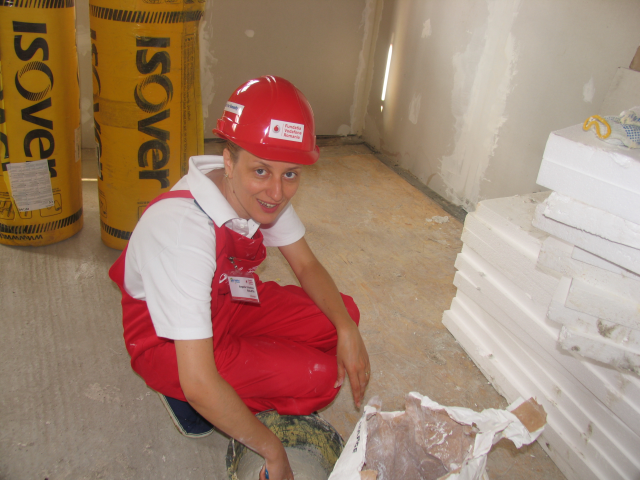 There are some news concerning the Voluntar de Profesie program (named World of Difference at international level), too, which is becoming more and more popular among the general public. Last year there had been over 200 applicants, 38 of them were selected for an interview, and 17 were eventually chosen.

“Taking into account the feedback we received from NGOs and the volunteers, this year we’re thinking of  increasing the length of the program, because that way the respective organization will receive more help”, says Angela Galeţa.