Constanța, September 24th, 2019 – The Vodafone Romania Foundation together with Dăruieşte Aripi and Inima Copiilor associations announce the completion of the renovation and modernization project at European standards of the Neonatal Intensive Care Unit within the Constanța County Emergency Clinical Hospital. This department has also been equipped with a high-performance telemedicine solution. The works started in August 2017 and the total investment amounted to 2,060,000 euro, funds made available by the Vodafone Romania Foundation (1,540,000 euro), Dăruiește Aripi Association (280,000 euro) and Inima Copiilor Association (240,000 euro). Annually, over 1,000 children born with medical conditions or prematurely from Constanța, Tulcea, Ialomița, Călărași, Brăila and Galați counties receive care in this neonatal intensive care unit. This project follows a similar one carried out by the Vodafone Romania Foundation in 2013, where the Foundation was involved in the construction of a state-of-the-art neonatal intensive care unit within the Marie Curie Hospital in Bucharest.

„Infant mortality in the South-Eastern region of our country exceeded 10 per thousand in 2015, three times higher than the European average. Thus, the modernization of the Neonatal Intensive Care Unit within the Constanța County Hospital was a priority for us. Since 1968, when the hospital was built, it had not been refurbished completely, but partially. Following the works carried out, the unit meets the European standards, being also equipped with a modern telemedicine solution, which is a starting point to provide for increased chances of survival to newborns with severe medical conditions, as well as a working environment suitable for the healthcare professionals”, declared Angela Galeța, Director of the Vodafone Romania Foundation.

The telemedicine solution with which the unit was equipped provides a video surveillance system for patients. Each hospital ward is equipped with a surveillance camera, which in case of emergency can zoom in on the vital signs monitors mounted on pendants. In the central hall, there are monitors that can display vital signs or images from wards and surveillance cameras to monitor the activity in the hallway. A video wall was installed in the doctors’ room. The telemedicine solution will allow the secure transmission of images and medical parameters, in real time, the remote monitoring of patients’ vital signs and holding video conferences.

In addition, following the renovation, upgrading and modernization works carried out on an area of 600 square meters, the unit has 22 beds for intensive care, divided into 6 single-bed wards and 8 two-beds wards, as well as 10 beds for premature babies. The new scheme of the unit allows for the expansion of the newborn intensive care area capacity up to 30 beds, should the number of patients increase.

The department has been refurbished following the model of the Marie Curie Hospital in Bucharest, considered the most state-of-the-art intensive care unit for newborns in Europe. The milk handling room and the sterile drips preparation room are equipped with laminar flow hoods, which allows the preparation of drips in sterile environment and leads to massive decrease of nosocomial infections. Air conditioning and air treatment are ensured with 100 % fresh air supply, passed through 30 filter boxes provided with HEPA 14 filters, recommended for surgery rooms and intensive care units. The wards are provided with medical pendants and consoles, a medical gas distribution network and integrated fire detection, signalling and warning equipment, as well as with a mechanical smoke system that can reverse the functions of dedicated fans. The privacy conditions, the possibility of mothers to spend unlimited time in the ward and the illumination of several types (natural, indirect, direct, working, wake-up with adjustable intensity) ensure the individual comfort of newborns that is essential for the psychosomatic development during the very first days of life.

The Vodafone Romania Foundation is a Romanian nongovernmental charitable organisation, established in 1998, which operates separately and independently from the company’s business. Over more than 20 years of activity, the Vodafone Romania Foundation has funded 1,132 programs run by 730 NGOs throughout the country, in the fields of healthcare, education and social services. These projects had almost 3 million beneficiaries – children, young and old people, physically, socially or economically disadvantaged people. So far, the Vodafone Romania Foundation has invested 30 million euros in projects run by non-profit partner organisations. More details about the Foundation’s programs are available at fundatia-vodafone.ro, http://jurnaldebine.fundatia-vodafone.ro/ și www.facebook.com/fundatiavodafone.

„Dăruiește Aripi” Association was born out of the desire to coagulate under its wings the energy of all those who are willing and able to contribute the implementation of charitable projects that bring added value to the community. „Dăruiește Aripi” Association is a non-profit organisation that aims to improve the chances of healing patients in the public healthcare system and the survival rate of children with cancer in Romania, to cultivate compassion and empathy from an early age, as well as to encourage people who want to get involved in the community they belong to. The slogan “real actions for real problems” emphasizes the way in which Dăruiește Aripi chooses the projects they develop: those human, financial and time resources are used in the real resolution of some accurately identified problems. More details at http://www.daruiestearipi.ro/ and https://www.facebook.com/AsociatiaDaruiesteAripi/.

Inima Copiilor Association has been existing and helping children with serious diseases, especially heart diseases, since 2006. The Association has built at Marie Curie Hospital the most state-of-the-art medical facilities in the public healthcare system: the Cardiosurgery Centre of Excellence (project amounting to over 3.5 million euros, of which 1.6 million euros raised and invested by Inima Copiilor) and the Newborn Intensive Care Unit (a project amounting to over 2.1 million euros carried out with the support of the Vodafone Romania Foundation, to which the Association contributed with over 700,000 euros), which will be supplemented this year with the first breast milk bank in Romania. The Association renovated within the same hospital the cardiology and neurosurgery departments, set up and equipped the surgery room for neurosurgery and continues to support, including financially, the units built and dozens of small patients who need help. More details at http://www.inimacopiilor.ro/ and https://www.facebook.com/AsociatiaInimaCopiilor. 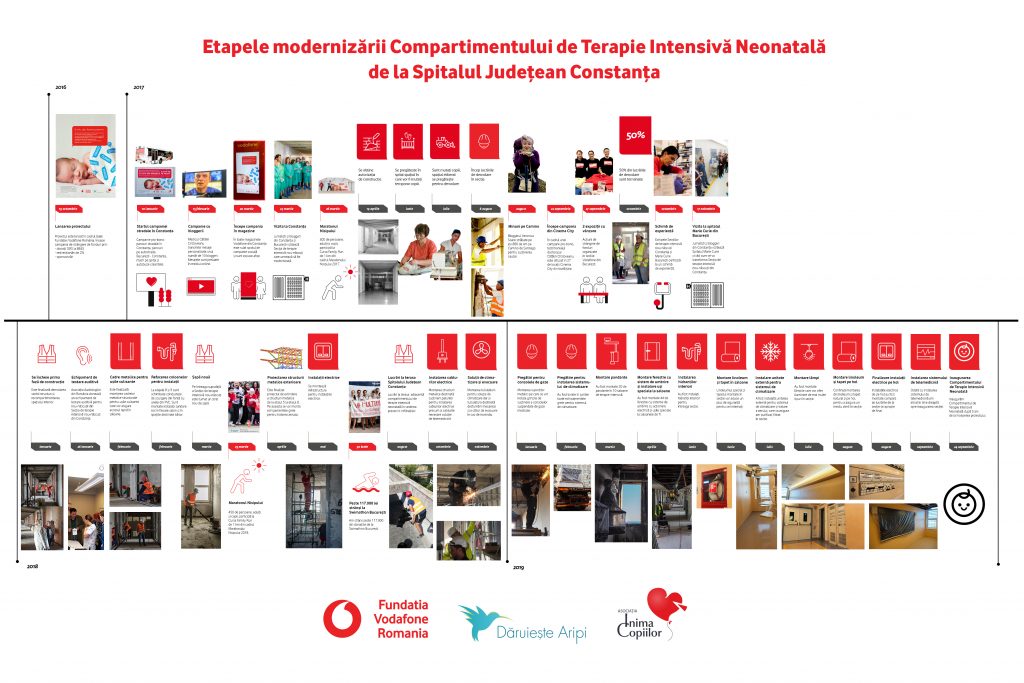 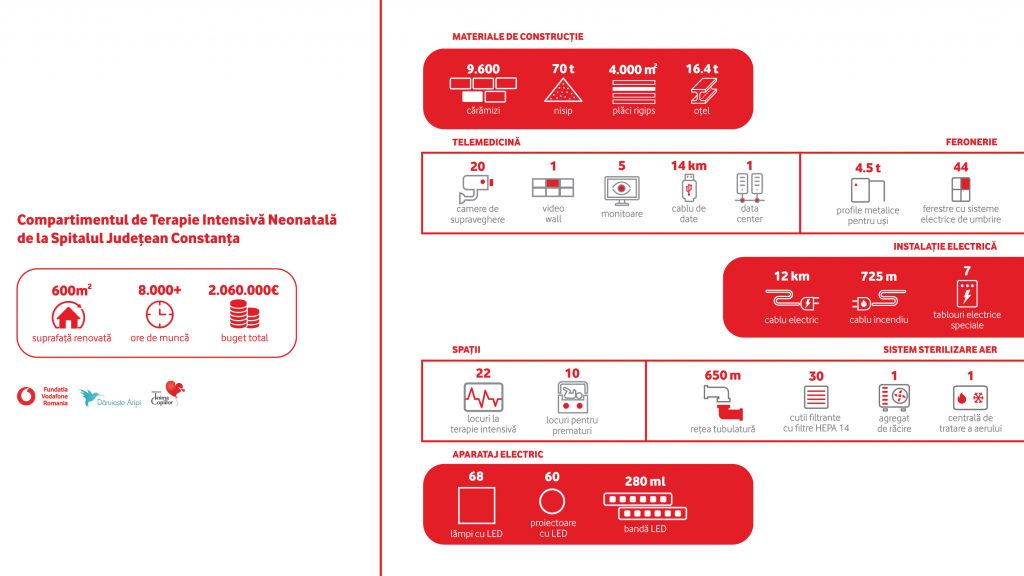