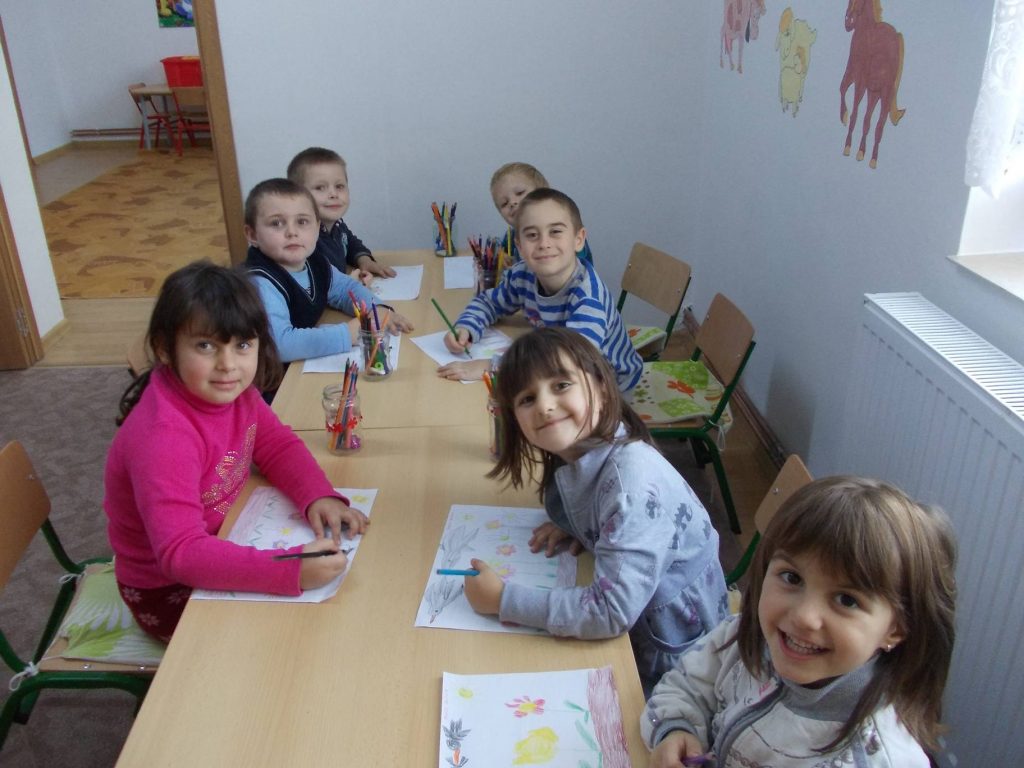 When the kindergarten in Chişlaz was located in its old building, far from the school, the kindergarten teachers spent most of the day in class dressing up children in order to take them to the toilet in the courtyard, despite all kinds of whether. Then, they had to take the kids back to class, take their jackets off and wash their hands with bottled water, because the building had no running water. And after a short while they had to go through the ordeal again…

At the same time, part of the old facility, built in 1920, which once housed the first village school, was at imminent risk of collapsing. Rodica Tiriteu, the headmaster, had all the renovation plans in place. She wanted to renovate the building, build toilets, buy new furniture and install a central heating system. She had obtained all the  authorizations required and the support of the parents, who were willing to engage as volunteers just to see the work done. But the headmaster lacked the money necessary to make her wish come true. But all her troubles and tribulations were over, once she got funds from the Vodafone Romania Foundation. Now she could see her plans materialize.

Between July 9 and September 1, 2015, a team of builders, helped by 20 volunteers – parents and teachers – renovated the school from top to bottom: they fixed the roof, painted the walls, replaced the joinery, built the toilets and bought new furniture. Then, the central heating was connected to the renovated wing of the school building. On September 1st, the kindergarten teachers were painting cartoon characters, trees and cute animals on the classroom walls. In the span of only two months, the place turned into a safe and friendly spot for the children.

However, the kindergarten children found it hard to adapt to the new environment.  At first, they wanted to put on their thick jackets every time they needed to go to the toilet and they had to be reminded again and again that they did no longer have to do that, because the toilets were indoors, right there, down the hall. Then, the kids were surprised to hear the noise of the toilet flushing, so they pretended they needed to go to the toilet ten times a day, only to flush the WC pan. But the educators know this is just the fitting-in phase and that soon the kids will get used to the heaters and the tap water and will expect for  more nice things to happen to them.

The next plan of Rodica Tiriteu is to build a safe playground for the children in the school & kindergarten yard. She has the playground equipment and the space, but she needs to find a way to motivate the parents who did not participate in school building renovation to get involved this time. Although she knows she can rely on the volunteers who helped her with the renovation works, she wants the school to become a place where all villagers are ready to give a helping hand and contribute the wellbeing of the whole community.