The "Be prepared!" Caravan, which offers free first aid courses to the population, will reach over 70 localities across the country • Fundația Vodafone România - e normal sa facem bine Skip to content

The „Be prepared!” Caravan, which offers free first aid courses to the population, will reach over 70 localities across the country

Home » The „Be prepared!” Caravan, which offers free first aid courses to the population, will reach over 70 localities across the country

Bucharest, March 14, 2019 – The „Be prepared!” Caravan, training the population to deal with emergency situations, is resuming its journey across the country for the fourth consecutive year, planning to reach more than 70 localities by the end of 2019. The Caravan is a project of the Department for Emergency Situations carried out by the General Inspectorate for Emergency Situations, initiated by the SMURD Foundation with the support of the Vodafone Romania Foundation. Until now, Vodafone Romania Foundation has financed the project with 400,000 euros, out of a total budget of about 520,000 euros.

Between March and May 2019, the „Be Prepared!” Caravan will stop in Bucharest and 24 other localities in 9 counties of Romania. In March, it will reach Slobozia, Feteşti, Cluj-Napoca, Anina, Oraviţa, Sibiu and Copşa Mică.

Since its launch in 2016, the caravan has covered over 47,000 kilometers and has reached 134 localities in all counties of Romania. More than 900 ISU volunteers, paramedics and trainers actively participated in the training of over 31,000 people in the 1,360 training sessions. The total number of beneficiaries amounts to more than 150,000 people, who are now informed and know how to react better in case of an emergency situation.

The caravan consists of a mobile centre mounted on the structure of a lorry, comprising a 40-seat training room equipped with all the necessary medical and first aid equipment. The training courses are addressed to both the population and to emergency professionals and are delivered by specialized trainers, who are IGSU employees. The training module includes screenings of films made by the Emergency Department and the General Inspectorate for Emergency Situations, plus a session of interactive demonstrations performed by SMURD paramedics.Details of the caravan calendar and the registration form for attending courses are available at http://fundatiapentrusmurd.ro/ as well as in the mobile application of the Emergency Situations Department, available in Apple Store and Google Play.

The SMURD Foundation is a non-governmental organization established in 2006 as a private, non-profit, apolitical legal entity, independent of any other institution or person, Romanian or foreign, who supports, through all its developed projects, the activity of the Mobile Emergency Service, Reanimation and Downloading (SMURD). The mission of the SMURD Foundation is to help improve the lives of people living and working in Romania by supporting the development of the integrated medical and technical emergency and first aid system. Detailed information on the Foundation’s work can be found at www.fundatiapentrusmurd.ro. 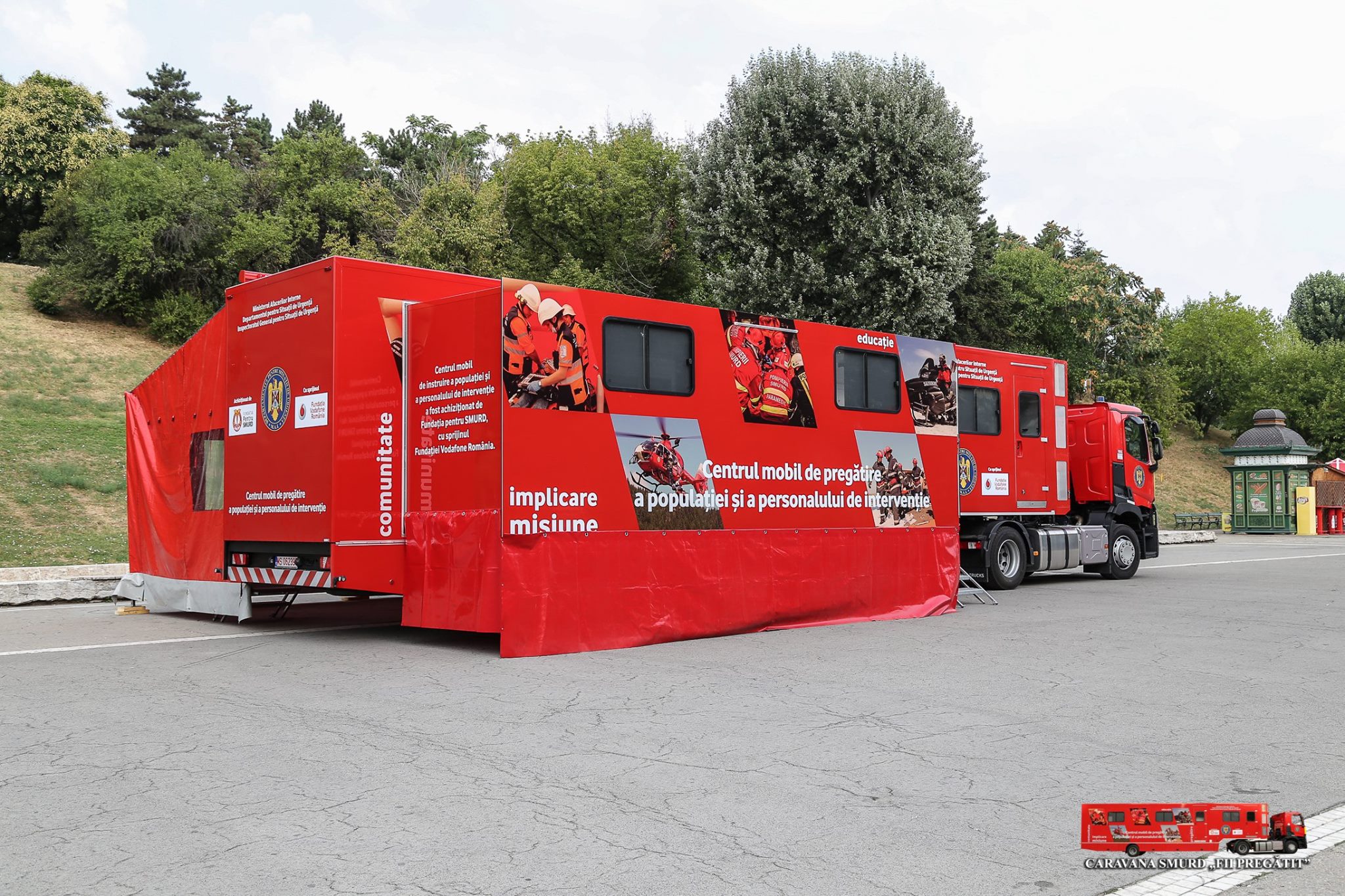 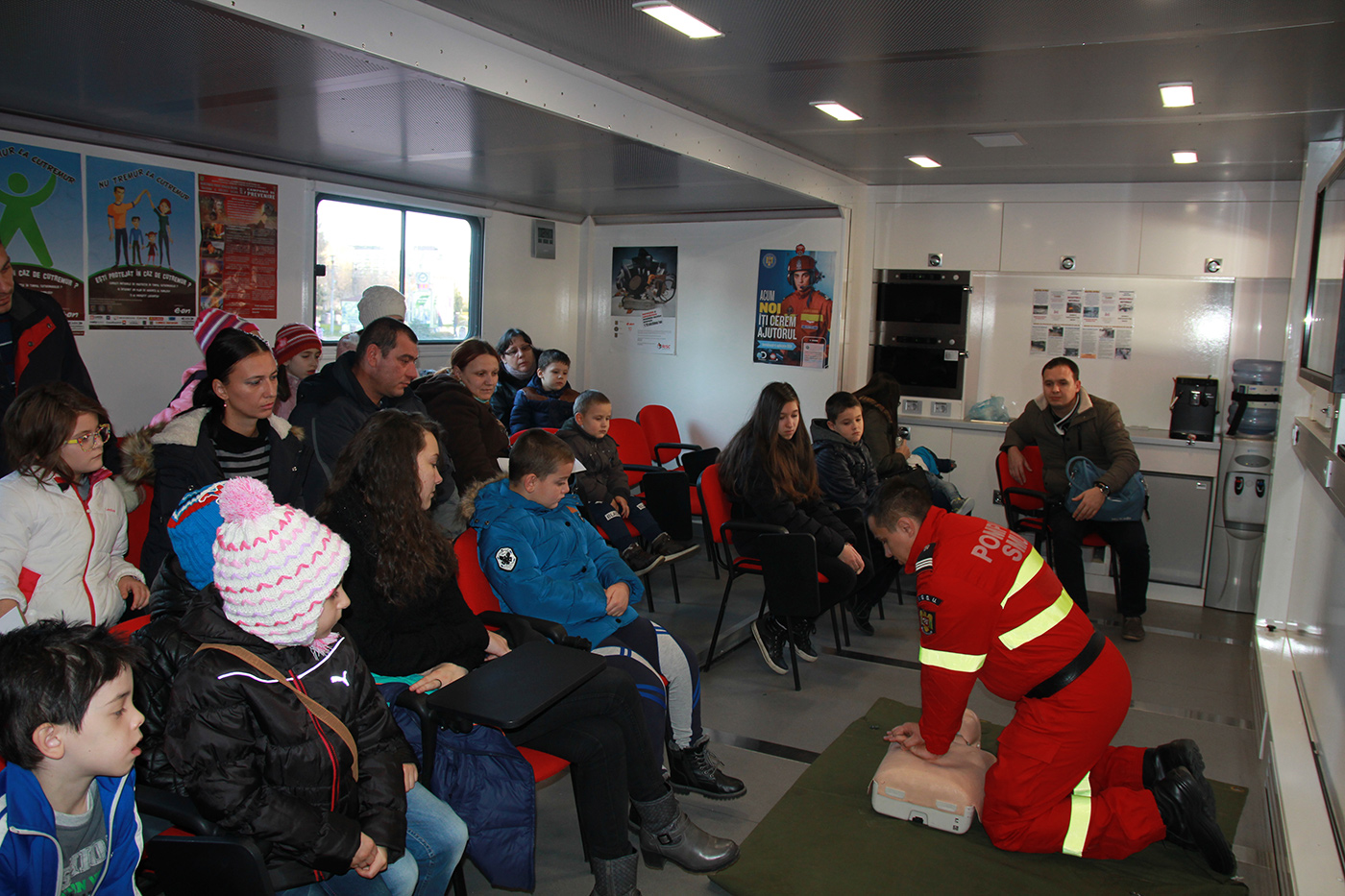