Bucharest, 18 October 2018 – In the next nine months, “Merciluta Fairy”, the first mobile dental office in Romania, will reach almost 600 children from disadvantaged rural communities and children with oncological diseases from across the country, who will be provided with preventive dental checkup and specialized dental treatment, free of charge, by a team of eight volunteer dentists.

The “Merciluta Fairy” project is being implemented by the partnership between the Vodafone Romania Foundation and the Merci Charity Association, with a new stage being launched at the 2018 edition of the „Good Deeds Fund” program. Through this program, the Vodafone Romania Foundation grants nearly 170,000 RON to the new project stage, in addition to the contribution by the Merci Charity Association, worth 42,000 RON. By the end of the current caravan trip, scheduled for mid-2019, the total number of children, recipients of the „Merciluta Fairy” project, will have reached 1,800.

The mobile dental unit will continue its journey through the country in the next nine months, with visits to the counties of Dolj, Constanţa, Tulcea, Buzău, Prahova, Ilfov and the Fundeni Oncological Institute in Bucharest scheduled until July 2019. The first stopover will be in the villages of Salcuta, Seaca de Padure and Gogosu, in Dolj County. In addition to the dental checkups and treatment sessions to be provided by the association in every visited village, the project’s team of volunteers will conduct, as a novelty of the current edition, a survey on the oral health of village children and children with oncological diseases. The survey will analyze the dental diseases and the causes of the most frequent forms of dental cavities and will assess the extent to which children have access to the network of dental offices in rural areas, as well as the number of people who have signed a contract with the National Health Insurance House and the number of children benefiting from free oral health care package. To collect and interpret the survey data, the Merci Charity Association and the Vodafone Romania Foundation will develop an online application for mobile medical units, to be tested in the first half of the year 2019.

The “Merciluta Fairy” project was launched in 2014 and has been supported by the Vodafone Romania Foundation under the “Volunteering Profession” and the “Good Deeds Fund” programs. The total investment of the Vodafone Romania Foundation in this project has amounted to almost 340,000 RON so far. “Merciluta Fairy” is the first mobile dental office in Romania offering free-of-charge dental services. Dental practices  of this kind are also found in Germany, France, Poland, The Netherlands and US, managed by nongovernmental organizations.

Merci Charity Boutique is a nonprofit organization set up in 2012, whose purpose is to provide support to humanitarian causes through mHealth and education projects, being focused on helping children with medical and social problems. Information on the association’s projects is available at www.mercicharity.ro. Further details about the “Merciluta Fairy” projects are available at  www.zanamerciluta.ro. 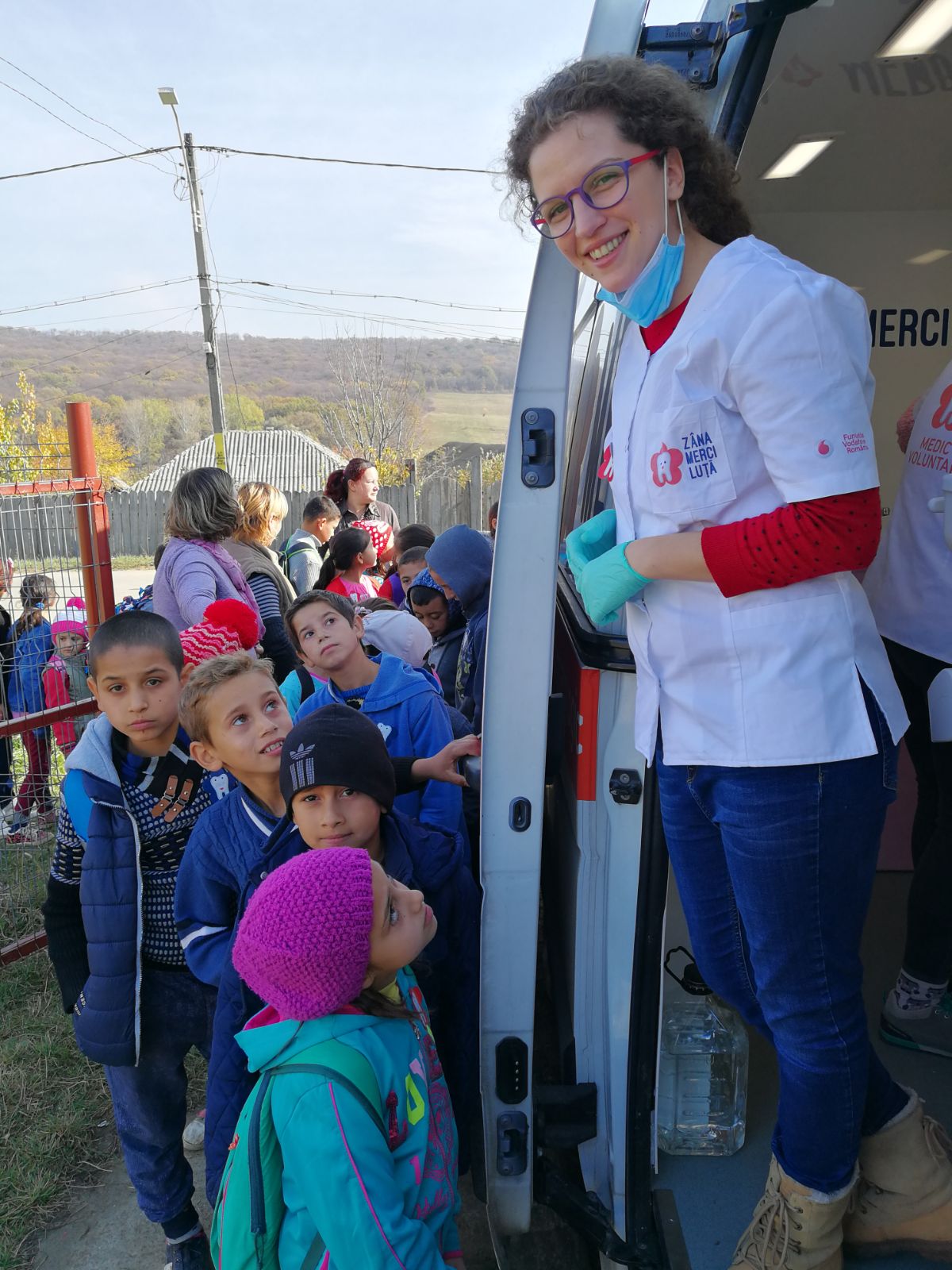 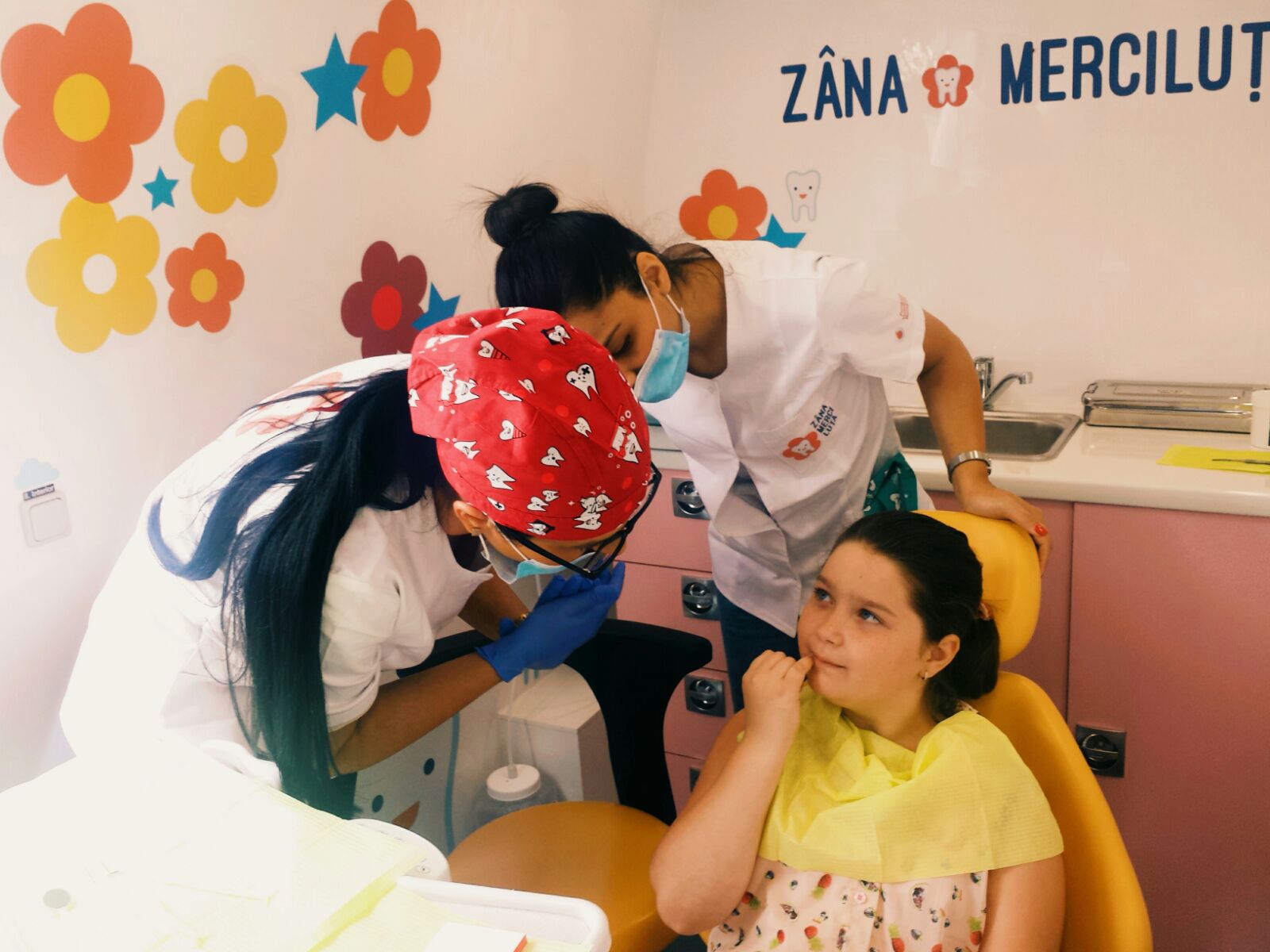